Here are some words from our comrade, friend and brother Fabio

sent from Italy, full of love and solidarity:

Freedom is beautiful, how many beautiful things does freedom have!

A beer, a kiss, a blue sky without bars in the middle,

the rays of the sun that beat on our skin in these first days of spring.

In short, freedom is just nice.

Because they are imprisoned by this “justice”.

And it is to them that our thoughts must go.

We can send letters, help family members, and, above all, we can go to
court.

The trials are focal point of the judiciary. T

he judges, strong in their power, distribute years of prison

like candies in proceedings that are often only farcical.

The logic of power is always the same, isolating, dividing, breaking bonds.

They know that one man is easy to fight.

That’s why attending the processes is so important,

Let us show solidarity with those arrested and on trial!

Peike, Kostantin, Evgenii and everyone else who may will follow!

This is the english translation of Fabios tellings, who is finely free, after more than four month of imprisonment. You can find the original italian interview here.
END_OF_DOCUMENT_TOKEN_TO_BE_REPLACED

you need to judge about a man today. You described him as an ‘aggressive criminal’ and as ‘disrespectful towards human dignity’. I personally don’t care with what attributes you label me. I am just a guy with a strong will.
First of all i want to say that the ladies and gentlemen of politics, police inspectors and prosecutors probably believe they can hinder the dissent on the streets if they arrest and lock up a bunch of kids.
Likely they believe that prison is enough to hold back the rebellious voices that arise everywhere.
Likely they believe that repression will stop our thirst for freedom. Our will to create a better world.
Well, these people are mistaken.
They are wrong. History proves that as well.
As i, many young people had to live through trials like this one. Today it is Hamburg, yesterday it was Genoa and before that Seattle.
With all ‘legal’ means and ‘judicial measures for the trials’ they try to limit the voices of rebellion that arise everywhere.
In any case, however the decision of the court, it will not change our protest. Many young man and women who are driven by the same ideals will continue to go to the streets everywhere in Europe. And they will not care about the prisons that try hard to get filled with political prisoners.
But let us get to the point, judge, prosecutor, jurywoman, juryman, juvenile probation officer.
Let’s get to the point.
In relation to the matter i am accused of today, i will use my right to stay silent, as you can imagine. END_OF_DOCUMENT_TOKEN_TO_BE_REPLACED

I went out of prison one month ago. Now I can’t really come to this meeting. Anyway nothing is over, also for me. People are still in jail for the revolt against G20, several investigations are still on the way, a lot of trials will come and the spirit of those days can’t be already over. So, I like to send few words as an individual who did his little part in all of this.
I like to share my viewpoints and I still owe something to everyone who supported me during my prison time. Whatever we share or not the same perspectives about what happened in Hamburg in July and during the following months, let me say that I truly appreciated any kind of support I received from the United We Stand campaign and this helped me out so much in keeping my thoughts fresh and alive. So thank you. END_OF_DOCUMENT_TOKEN_TO_BE_REPLACED

‘Guard Gohlosh impersonated the most hideous wickedness: the wickedness at the service of the powerful of the Earth. A wickedness that could be converted to money. It didn’t belong to him any longer. He had sold it to more competent individuals who used it to enslave and mortify an entire miserable people. He was no longer master of his own wickedness. He had to guide it and direct it according to certain rules whose atrocity hadn’t changed much.’
(Albert Cossery – Men God Forgot – 1994, free translation by act for freedom now) 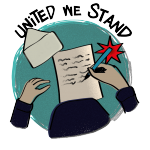 At the moment I am being detained in the prison of Billwerder in Hamburg. I was arrested on Friday 7th July at 7:30pm near Rote Flora.

I am accused of insulting the State, endangering public security, of having played an active part in a group of fifteen people who challenged the police, in particular attempting to harm a policeman of the Special Unit of Bloomberg intent on carrying out arrests and finding evidence.

I don’t recognize the dichotomy ‘guilty-not guilty’ proposed by the State’s judicial apparatus.

What I want to say is that I’m proud and happy to have been there in Hamburg during the uprising against the G20. The joy of experiencing in person the determination of people of all ages from all over the world who haven’t yet given in to the temptation to submit to the logic of money and the capitalist world; this can never be quelled by any form of imprisonment. In an historical epoch in which capitalism is trying to inflict the final blow necessary to its stabilization in a constant oscillation between internal war (special laws, borders closure, deportations) and external war (indiscriminate massacres, destruction and poisoning of Planet Earth), the revolt in Hamburg against the G20 demonstrated what is most important to those who still care about freedom: the possibility of its realization.

The German police’s technological, physical and tactical efficiency was as impressive and monstrous as it was useless first to neutralize then to repress the need to struggle against the absurd catastrophic global society that the twenty pathetic State Leaders were showing off there so miserably, fortressed in the heart of the city.

The resigned and the reformists can well say that considering the relations of strength developed in the last decades between power and its subjects, Hamburg was the umpteenth mass experiment to assess the apparatuses of international security. After all that was also said following the G8 in Genoa in 2001.

Rebels and revolutionaries, however, don’t reckon with conspiracy theories of politics, but with their own feelings and projects. In any case, I think I can say that even if that were the case, the experiment failed totally. In the streets of Hamburg I breathed uncontrolled freedom, active solidarity, the determination to refuse a lethal order imposed by a few waelthy and as many powerful over the rest of humanity.

No endless rows of cars and composed processions sanctifying the oppressive murderous liturgy of the capitalist system every day. No indistinct masses forced to bow down and sweat for anonymous survival in favour of the wealth of some greedy boss. No thousands of empty gazes aimed at some aseptic display that alienates and deforms our experience of life.

I saw individuals raise their eyes to the sky and try to grab it.

I saw women and men give form to their creativity and most repressed dreams.

I saw the energy of each one intent on lending a hand to others that don’t put themselves above anyone.
I saw sweat dripping from foreheads to fulfil one’s own desires rather than those of some henchmen. In the moment of revolt no one is ever really alone.

A strong hug to all the comrades, all the rebels imprisoned by the German State. Passionate greetings to Anna, Marco, Valentina, Sandrone, Danilo, Nicola and Alfredo, the comrades on trial in operation “Scripta Manent” in Italy. To the revolutionaries and rebels imprisoned in jails all over the world. A kiss to Juan. Wherever you are… wherever you are… you’re always with us!

As long as I’m alive: always against authority! Always with my head held high! Long live the anti-capitalist international!

For Carlo! For Alexis! For Remi! For freedom!

It’s been almost a month and a half since I was imprisoned during the twelfth G20 summit in Hamburg, in a city that was besieged and taken in hostage by the security forces, but which also saw an important local and popular protest.

Tens of thousands, if not more, flocking from all over Europe, and even beyond, converged, met, organised, debated and demonstrated together for several days in a great surge of solidarity. At all times aware of the possibility of suffering the violence and the repression of the police. A huge prefab police court had been built for the occasion, to punish any dissent against this international summit as quickly as possible.

My arrest, like that of many comrades, is based only on the sacred word of the police, of a brigade sent to infiltrate, observe and follow their “prey” (during forty-five minutes in my case, for a supposed throwing of a projectile…). Once isolated, they sent colleagues to arrest them, intervening quickly and violently, and leaving no loop-holes. So, here I am, locked up in these places primordial to the proper functioning of a global social order, these places that serve as a tool for the control and management of poverty, essential to the maintenance of their “social peace”. Prison acts like a sword of Damocles hanging above each and every individual so that they are petrified by the idea of ??deviating from the codes and dictates of an established order: “working, consuming, sleeping”, from which no dominated individual may escape, so they alienate themselves through work and the life that goes with it, to be on time, without ever flinching, and not only during the second round of the presidential elections, where we have been required to be “En Marche” “in operation”, Macron’s slogan and name of the party in power right now or to die, preferably slowly and silently. Since the law has no vocation to guarantee the general interest, nor to be neutral, it is the expression of an increasingly institutional domination by the most powerful in order to guarantee their property and security and thus paralyse, sanction and marginalize anyone who does not see things the same way or who will not submit.

END_OF_DOCUMENT_TOKEN_TO_BE_REPLACED 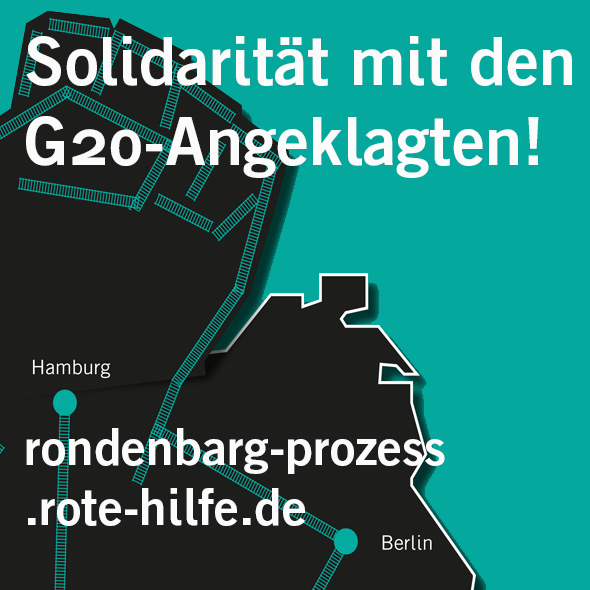