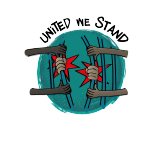 Contrary to the announcement by the Court president that all G20 trials would take place in the court building at Sievekingplatz, the trial took place at the building of the local court in Altona. Like the other trials before, it ended with a conviction and a sentence that is much too high.

The prosecution had accused the 21 year old defendant of having thrown six bottles at police officers at the Fischmarkt right after the cops had attacked the demonstration, and of having resisted arrest. After the judge had explained clearly that the defendant had the right to remain silent and that silence could not be used against him, i.e. that he should only say something if he wanted to, the defence counsel made a comprehensive statement for the accused. The accused also made a further statement of his own.

He stated that he had only come to the G20 to find a girl he had met a few days before at a festival. He had not originally been planning to demonstrate as he did not think this would solve the problems with the G20. He was wearing a white T-Shirt with writing on the back detailing who he was and whom he was looking for. When the demonstration was attacked and he saw police officers massively hitting women and men lying on the ground with their batons, he had been gripped by empathy and anger. He shouted at the officers, was peppersprayed and fled onto a slight hill. It is from there that he threw some bottles, hardly being able to see because of the pepperspray. He stated that he had wanted to get the officers to rethink what they were doing. During the last two months, which he had spent in detention, he had learned a lot about loneliness and had decided that he never wanted to subject himself or his family to this kind of hell again. He stated that he was aware that he had acted in a very dumb manner and that police officers are humans too.

The judge emphasized – contrary to the defendant – that he found it important that people demonstrate and state their opinion so that politicians cannot just do what they want. However, it would have been good if the defendant had also shown empathy for the officers who were placed there.

The prosecution felt that the acts the defendant was accused of constituted an unleashing of senseless violence, but after all it was clear to them that he had not come to Hamburg to engage in riots. They asked the court to sentence the accused to a suspended sentence of one year and six months, with a probationary period of two years.

The defence counsel did not ask for a specific sentence, but asked the court to hand out a sentence siginificantly below that asked for by the prosecution, and a probationary period of one year.

The judge sentenced the accused to a suspended sentence of one year and five months, with a probationary period of 2 years, as well as a payment of 500 € to the “police widows and orphans.” He held the accused to be “naive in a likeable manner”, someone who stood out among the others at the demonstration given his T-Shirt and his pink backpack. The judge summarized that the accused had seen injustices being committed and had reacted with injustices of his own – he, the judge, could not exclude that there had been injustices committed by the police. However, by meeting violence with violence, the accused had acted unjust. As to the count of resisting arrest, this had rather been “normal” resistance. General prevention did not call for a prison sentence.